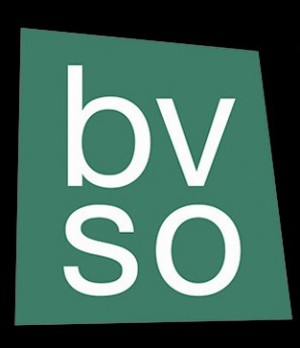 Dr. Creighton Miller was born on March 6, 1940 in Baton Rouge, LA, the son of Dr. Julian C. Miller, Sr. and Caroline Stone (Leichliter) Miller, and passed away on November 3, 2019 after a 12-year battle with cancer. He and wife Jeannie were married in 1965 at St. Joseph's Cathedral, Baton Rouge. He considered himself a "university brat," as his education from kindergarten on took place mostly on the Louisiana State University campus at the Laboratory School/University High School. He also received his B.S. and M.S. degrees from Louisiana State University, then his Ph.D. from Michigan State University in Horticulture (Plant Breeding). In 1972, he was hired by the Texas A&M AgriLife Research and Extension Center at Lubbock to initiate a potato variety development program for Texas, and retired as Professor Emeritus in 2019. Dr. Miller's involvement with potatoes began when he was a youth, assisting his father, Dr. Julian C. Miller, Sr., the late plant breeder and long-time Head of the L.S.U. Horticulture Department, and namesake of Julian C. Miller Hall at LSU.

In 1975, Dr. Miller was offered the opportunity to assume a teaching/research position at the main campus in College Station. He was Chair of the Horticulture/Forest Science Building Committee, a then state-of-the-art- facility. In 1980, he was asked to serve as Interim Head of the Department of Horticultural Sciences. He held this position for three years, during a time of enormous growth. His many accomplishments included providing leadership for obtaining nine new faculty positions statewide, organizing the department's first promotion and tenure committee, initiating exit interviews for graduating seniors, and revamping the Texas A&M undergraduate horticulture program, which shortly after, was ranked second nationally by the Gorman Report.

Dr. Miller taught six different undergraduate and graduate courses, which have included over 5,000 students. He was the 1992 recipient of the prestigious L.M. Ware Distinguished Teaching Award from the Southern Region, American Society for Horticultural Science (ASHS). In 2005, he received the Distinguished Achievement Award in Teaching from the Association of Former Students of Texas A&M University. He served as major professor for 23 M.S. and 16 Ph.D. students, and on the graduate advisory committees of over 150. He was always interested to hear from former students and took a genuine interest in their accomplishments. Dr. Miller was very proud of these former students, but his greatest pride was in the professional achievements of his wife, for whom he had the greatest admiration, and their two children.

Dr. Miller established a successful potato breeding program for Texas and developed or co-developed 19 potato varieties - Norgold Russet M, Krantz, Russet Nugget, Century Russet, Stampede Russet, Cherry Red, Russet Norkotah 112, 223, 278 and 296, GemStar Russet, Sierra Gold™ , Rio Rojo, Sierra Rose , AmaRosa , Reveille Russet, Vanguard Russet, Harlequin Gold, and Yellow Rose Russet. Virtually all of the russet acreage in Texas is now grown to one or more of his Texas Russet Norkotah strains, which collectively ranked third nationally in acreage among 50 varieties approved for seed certification in 2019. When Dr. Miller initiated the Texas program, average yields for the summer crop were about 200 hundred weights/acre, and by 2009 they averaged 465 hundred weights/acre, the highest summer-crop yield in the nation. Dr. Miller's varieties are grown throughout the US and have brought in more than $6 million in royalties to the TAMU System. In recognition of his contributions, he was recognized with the System's Excellence in Innovation Award for technology commercialization in 2015. In addition, he released Texas Pinkeye Purple Hull and Golden Eye Cream cowpeas, as well as TexSprout mungbean.

Dr. Miller was a member of several professional organizations, including the American Association for the Advancement of Science, Crop Science Society of America, American Society of Agronomy, and The American Genetics Association, but was most active and assumed major leadership roles in The Potato Association of America (PAA) and the American Society for Horticultural Science (ASHS). Dr. Miller served as a PAA Director 1995-1996 and Vice-President 1996-1997. During his presidency (1998-1999), several important initiatives were undertaken, including creation of the PAA Endowment Fund, strengthened ties with sister organizations (National Potato Council, National Potato Promotion Board, European Association for Potato Research and ASHS), established and provided active leadership on the PAA 2000 Committee, which developed a vision statement for the Association as it entered the 21st century. He was named an Honorary Life Member of the PAA in 2003, and received their Paper of the Year award in 2010. He also provided leadership for the Inter-Regional Potato Introduction Project (NRSP-6), the Western Regional Potato Variety Development Coordinating Committee (WERA-27), the Potato Crop Germplasm Committee, the Southwestern Regional Potato Variety Development Project, and the National Potato Council. Additionally, Dr. Miller served as President of the Southern Region, ASHS, and as ASHS national Research Division Vice-President. He was inducted as an ASHS Fellow and received their 2009 Outstanding Researcher Award, as well as the 2018 Vegetable Breeding Award of Excellence. As a member of the Zebra Chip Leadership Team, he was co-recipient of the 2012 Vice Chancellor's Award in Excellence in Collaboration/Partnership. In 2014, he was co-recipient of the USDA/NIFA Partnership Award for Mission Integration of Research, Education and Extension for work on the Zebra Chip SCRI Team. He has been listed in various biographical references, including American Men and Women of Science, Who's Who in Science and Engineering, Men of Achievement, and 2000 Outstanding Scientists of the 21st Century. He was also a member of several honorary societies, including Alpha Zeta, Gamma Sigma Delta, Phi Sigma, Sigma Xi, and Phi Kappa Phi. He authored/co-authored more than 500 scientific publications.

Creighton served our nation in the U.S. Coast Guard on the cutter Sebago during the Vietnam War era. While undergoing basic training, he was selected as Recruit Regimental Commander. He is now a member of the American Legion. He was an avid swimmer and served as a US Swimming official at all levels of competition for more than 30 years, and was a certified collegiate swimming official for the Big XII and national meets. He was past president of the College Station - Bryan Swim Club. He served as deacon and elder at the First Presbyterian Church, Bryan, where he taught Sunday school, sang in the Men's Ensemble, served on the Concerts on Carter Creek Program Committee, chaired the Stewardship and Finance Committees, and served ten years as President of the First Presbyterian Church Foundation Board of Directors. Creighton served as President of the Brazos Valley Symphony Society, where he provided leadership for the initiation of two new fundraising events - the Annual Golf Tournament and Premier Market. One of his most rewarding experiences was guest-conducting the orchestra. He was a life member of the Friends Association of the Symphony Orchestra. He was also a life member of Sigma Chi fraternity. Creighton enjoyed feeding and observing raccoons, possums, birds, and squirrels and treasured his time with many dogs and cats. He was a strong supporter of Aggie sports, especially football and football weekends with his children and grandchildren.

The family wishes to express their gratitude and thanks to Dr. Ana Aparicio and staff at MD Anderson Cancer Center, and local physicians, Dr Marcel Lechin and Dr. Erin Fleener, for the outstanding care they provided. Special thanks also to the exceptional and caring team of Brazos Valley Hospice.

To send flowers to the family or plant a tree in memory of Dr. Creighton Miller, please visit our floral store.